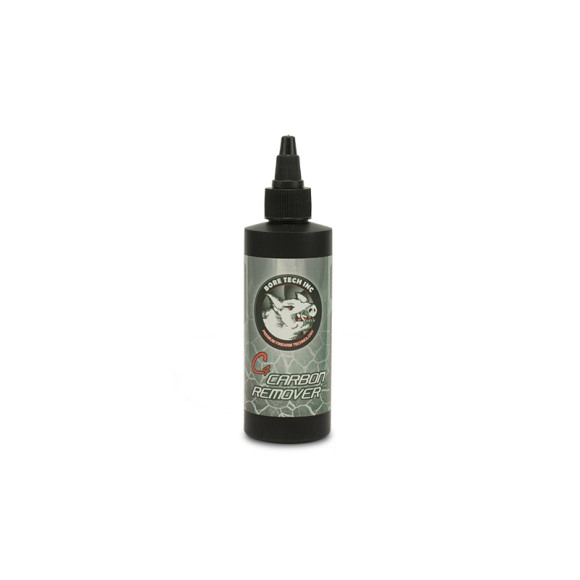 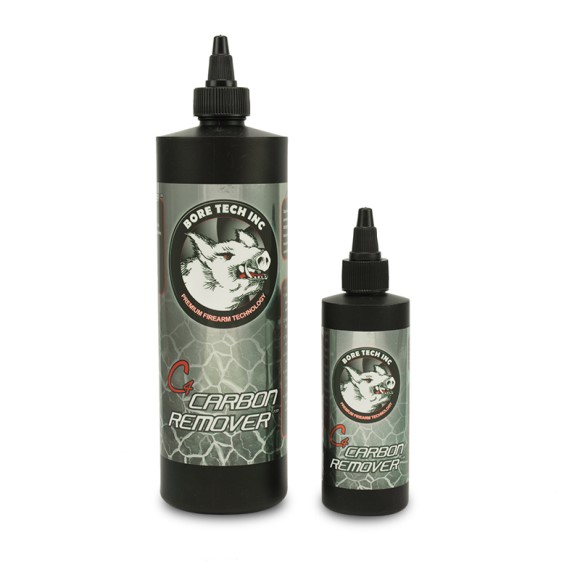 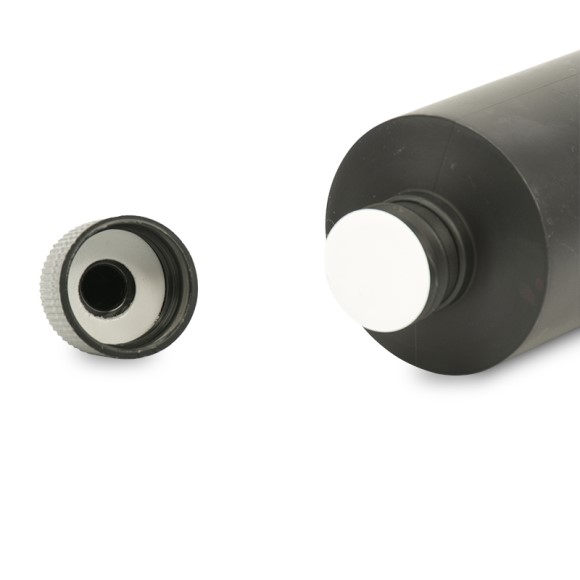 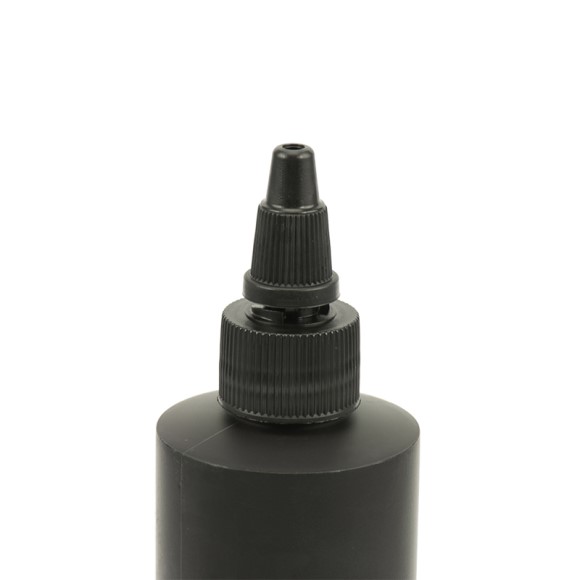 Bore Tech C4 Carbon Remover features a highly advanced chemical formulation that begins its assault on carbon fouling by utilizing a strategic blend of chemical surfactants that quickly loosens and releases carbon deposits from the surface. 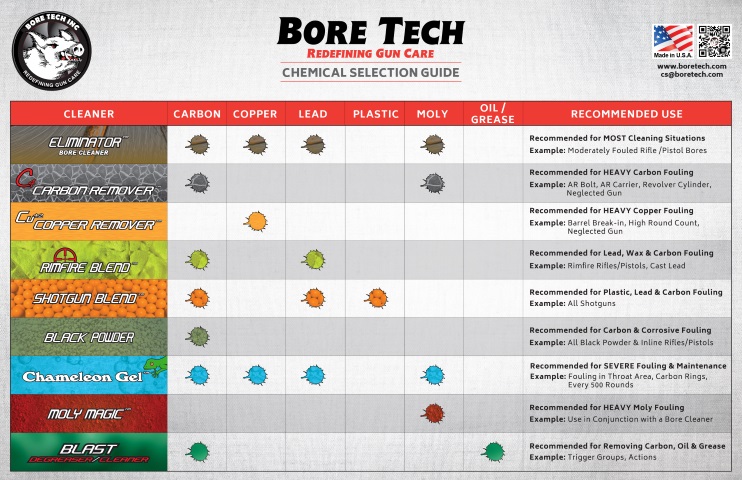 1) Wet 3 to 4 Bore Tech X Count patches with C4 Carbon Remover and individually push through bore to remove loose fouling. Only push patches through the bore in ONE direction.

2) Next, make 10 to 15 passes with a tight fitting Bore Tech brush saturated with C4 Carbon Remover.

3) Then repeat Step 1 and let C4 Carbon Remover soak for 5 to 10 minutes. For badly fouled rifles or parts, extended soak times may be needed.

6) Before storing firearm, dampen a patch with C4 Carbon Remover and push through bore. This will protect against rust/corrosion for up to 2 weeks under normal storage conditions.