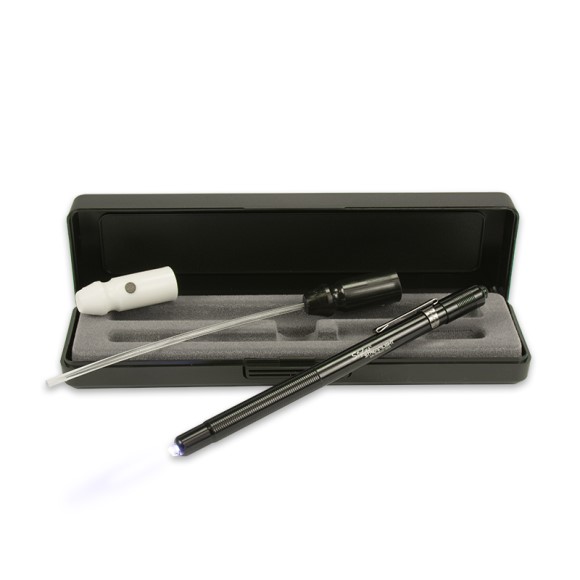 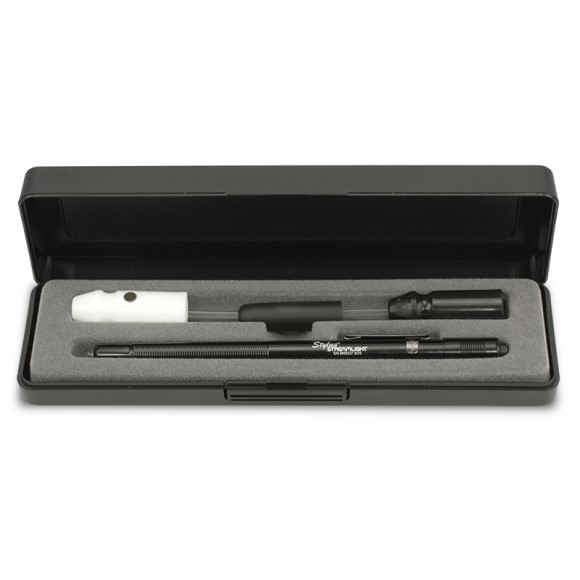 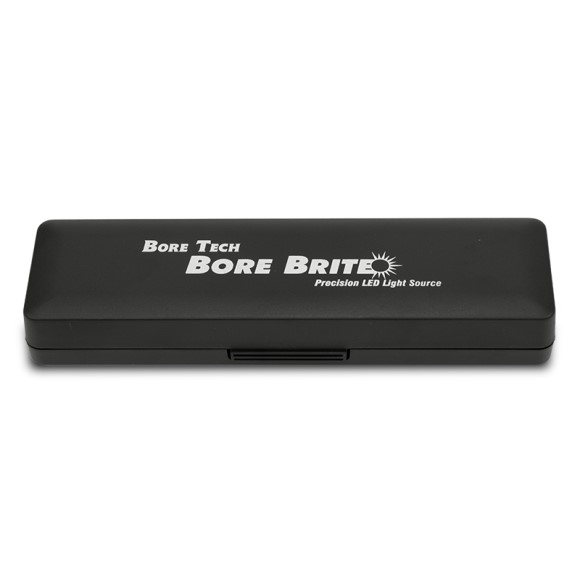 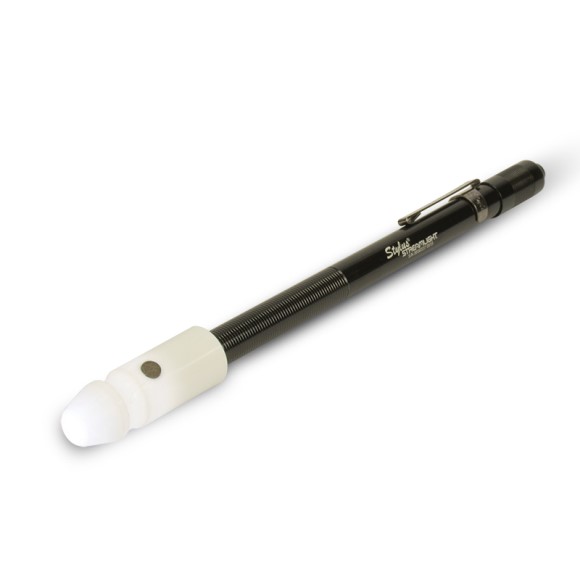 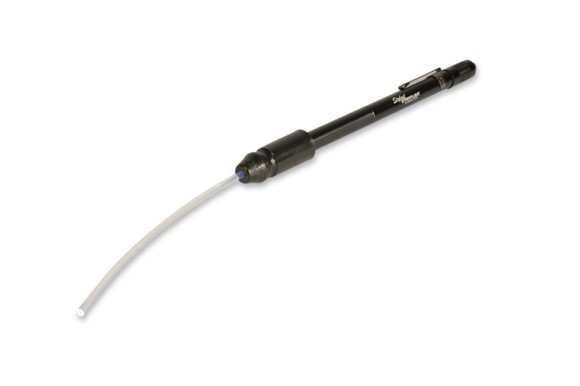 Bore Tech’s BORE BRITE™ Illumination System is the original and innovative light source that provides convenient, hands free capability for close examination of the many dark, hard to reach and hard to see areas typically found in firearms.

The white nosecone slips over the tip of the light pen softening and focusing the light on the barrel walls. This aids in viewing the inside of the barrel by clearly illuminating the bore and not blinding the user. Now the bore condition can be quickly, easily and comfortably assessed for bore obstructions, debris, or imperfections. In addition, a small and powerful rare earth magnet on the side of the nosecone holds the Bore Brite securely in the action for hands free operation when looking down the bore.

1. Using a twisting motion, gently push the white nosecone over the front end of the LED light pen.
(Do NOT over tighten.)

2. Turn on the BORE BRITE by twisting the rear end of the light pen.

4. Next, look down the muzzle end of the rifle for inspection. Upon completion, remove the LED light
pen and nosecone.

5. When using the black nosecone with fiber optic cable, use the same gentle twisting motion to apply the nosecone to the LED light pen.

6. Turn on the BORE BRITE by twisting the rear end of the light pen or by depressing the momentary on/off button.