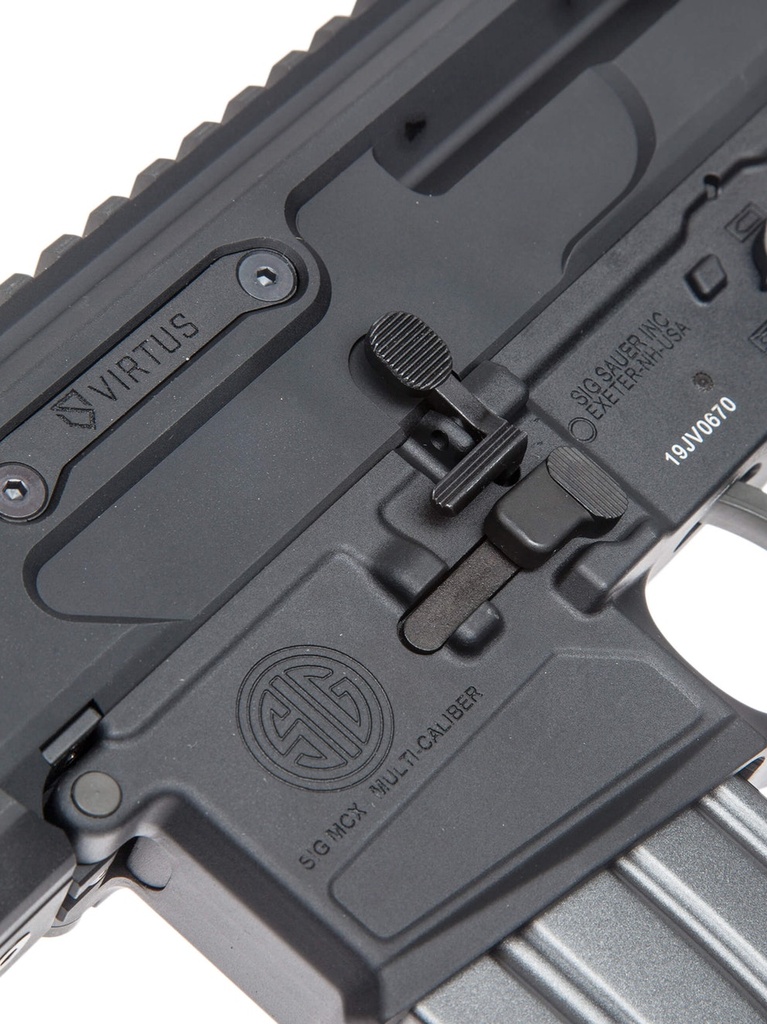 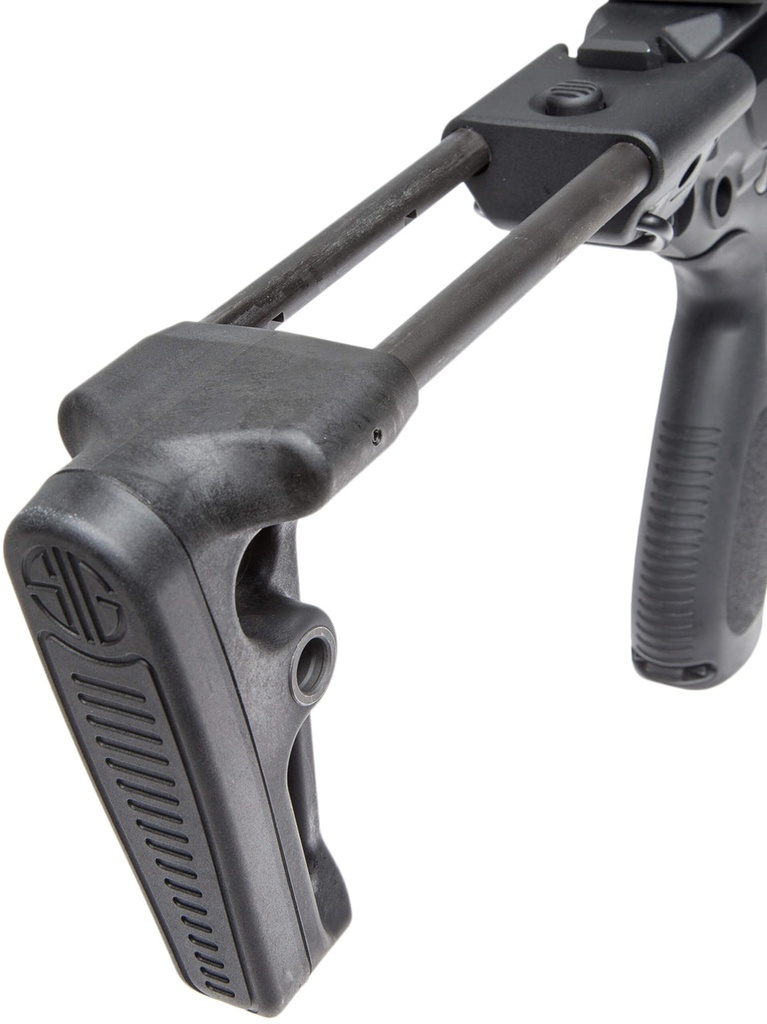 The Sig Sauer MCX is an adaptation of the MPX Platform, which offers a longer overall length, larger 5.56x45mm caliber (meaning it accepts regular old M4/STANAG Magazines) as well as some furniture upgrades to make the platform as effective as it is good-looking. This Airsoft Replica of the MCX is fully licensed by Sig Sauer, and produced by VFC, including their Avalon Gearbox.

The front of the AEG features a gorgeous Muzzle Brake, under which you will find a 14mm CCW Thread for you to install Tracer Units, Suppressors and other Muzzle Devices. The barrel runs free-floating through the licensed M-LOK Handguard which is also CNC Machined for precision. This is where the battery is stored, and is easily accessed by knocking out the front body pin and sliding the Handguard forwards to reveal the Mini Tamiya connector. On top of the Handguard/Receiver runs a full length top 20mm rail which is perfect for mounting Optics/Sights to improve your aim and/or the aesthetics of this beauiful replica.

The Receiver will be a familiar layout to anyone who has used an M4 platform before, with Ambidextrous Controls for the Fire Selector, Magazine Release and Charging Handle, making this very friendly for both Left and Right Handed players. The Receiver is adorned with realistic trademarks from SIG/VIRTUS branding to a Unique Serial Number which is under-ratedly important to identifying your kit. The Receiver accepts standard M4/STANAG Magazines which is great for those who already own appropriate mags, and even better news for those who don't, as compatible magazines are readily available and low-cost. The Charging Handle opens the Dust Cover and locks the Mock Bolt to the rear for easy adjustment of the Rotary HOP dial. This dial applies backspin to your BBs as they leave the barrel to theoretically improve range/consistency when using the correct settings and BB weights. To release the Mock Bolt once it has locked open, simply press the Bolt Release on the nearside of the Receiver.

The rear of the replica features a Skeleton Style Adjustable Stock which can be set to one of three positions, to suit different users and environments. The Stock has an integrated Sling Loop for One-Point Slings, as well as Front, Mid and Rear QD Sling Sockets for the connection of Quick Release Sling Loops. The stock is also where the Quick Change Spring is accessed, by opening the stock fully and removing the Grub Screw to remove it. The Spring Guide can then be easily accessed and is removed with a half turn. This is great for those that play at different sites with various Output Power Limits, or for those who want to float between Assault Rifle and DMR play.

The core of the replica features the VFC Avalon Gearbox, which is crammed with improved Bearings, the aforementioned Quick Change Spring System, an integrated MOSFET, Piston w/ Steel Rack and a High Torque Neodymium Motor.

Included in the box is a 120rnd Mid Cap Magazine which is loaded from the top using a Speedloader, and will feed BBs consistently until empty, as well as the gun itself and a User Manual. If you're looking for the hottest AEG on the market, which features a fully licensed design and Quick Change Spring System coupled with robust interior and exterior construction, then look no further than the SigAir MCX Virtus ProForce.